Self-regulation plays an essential role in wellbeing throughout the lifespan. It is therefore desirable to develop evidence-based theories and models that can help guide research towards, ultimately, effective interventions where needed. In this position paper Matthijs Vink and colleagues present an approach to study self-regulation development that aims to substantively integrate the broad range of factors – each with their own separate fields of research – that, together, determine the rise of self-regulation over childhood and adolescence.

Valuable research has been done on a range of factors affecting the development of self-regulation at various ages. However, at this point the literature suffers from conceptual clutter – multiple terms are used to suggest generally similar concepts. We suggest a move towards terminology based on that previously suggested by Nigg (2017 10.1111/jcpp.12675), differentiating “executive functions” as general core cognitive processes, that develop in complexity over time; “effortful control” as reactive self-regulation involving low-level executive functions, that starts developing early in childhood; and “strategic control” involving high-level executive functions involving planning ahead, that develops over adolescence. The paper provides a selective overview of the development of these functions and abilities during infancy, childhood, and adolescence.

Risk of missing the complete picture 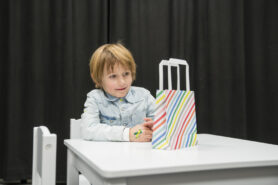 We emphasize the important roles of both biological and social factors. We argue we cannot understand self-regulation without acknowledging the interaction between co-determining factors, e.g., neural maturation, changes in cognitive abilities, parenting, and the broader social environment. However, research within the different fields studying self-regulation risks being insular and limited to those aspects of the complete picture that lend themselves conceptually and methodologically to a particular approach and expertise. For instance, some researchers may strongly focus on learning and behavioural methods; others on social factors and interviews with peers; others on brain development and neuroanatomical methods; others on cognitive and neural functioning and neuroimaging; others on family and observation; and so on. How to combine all this in more than a simplistic additive sense?

Here we commit to an organizing principle in which inherently adaptive, environment-sensitive neural mechanisms are the conduit via which all other less proximate factors exert their influence on self-regulation. Thus, while all factors are important, ultimately non-neural factors will be understood in terms of how they relate to neural processing, maturation, and adaptation. On the one hand, a child can only learn from experiences if the neural maturation at the time has made that learning possible. On the other hand, neural adaptation depends on the provided learning experiences. Via the lens of considering neural information processing and neural networks as the foundational concepts of modern psychological science, it is obvious that biological and social influences are two sides of the same coin, with their specific, causal, and mechanistic relationships the primary topic that needs to be studied in future work on self-regulation.

Further, rather than building on extensively criticized traditional dual-system models, we suggest framing the cognitive outcome of the interactions between maturation, adaptation, and experience in terms of the dynamics of response selection loops, such as in the Reprocessing/Reentrance and Reinforcement model of Reflectivity, or R3 model. Rather than attempting to separate automatic from controlled (or, e.g., impulsive from reflective, or stimulus-driven from goal-directed, etc) processes, we argue for a view of reflectivity and, relatedly, self-regulation as an emergent property of adaptive mechanisms underlying the selection of behaviours, thoughts, and feelings. In this model, executive functions do not implicitly introduce a motivational homunculus but are subject to learning processes throughout the course of development. This moves thinking about self-regulation away from differences and changes in a personal “strength” versus “weakness” towards an understanding of how a neural system may have been trained to respond more versus less impulsively by its environment. Reflective loops-style models of reflective cognition and self-regulation may help find different and hopefully productive new routes for empirical research. We hope that such future work will translate to effective clinical interventions that help individuals achieve their full potential.