Ecological validity and the “real world” – What are we really talking about?

Many researchers in psychological science have advocated that more ‘ecologically valid’ experiments are needed to understand behaviour in the ‘real world’. However, a general problem with these claims is that ‘ecological validity’ and the ‘real world’ are often not or ill-defined.

In our paper in Frontiers in Psychology, we argue that the underlying assumptions of ‘ecological validity’ and ‘real world’-research are problematic. As we trace the concept of ‘ecological validity’ back to its intellectual origins, we show that this term has been the source of much confusion, and has often resulted in misleading and counterproductive discussions about the generalizability of psychological research, which have been a recurring theme in the history of psychology. In our commentary paper in Perspectives on Psychological Science, we further apply this reasoning to a recently proposed ‘ecological approach to brain and behaviour’.

Together, these two papers are meant to scrutinize some of the prevailing ideas and concepts within psychology about how researchers think and talk about issues of generalizability and applicability of research findings. Our main message is that the use of general terms such as the ‘real world’ and ‘ecological validity’ are often misleading and counterproductive. Rather, researchers should make explicit the characteristics of human behaviour that they are interested in, and importantly, how these characteristics are represented in their experiments. 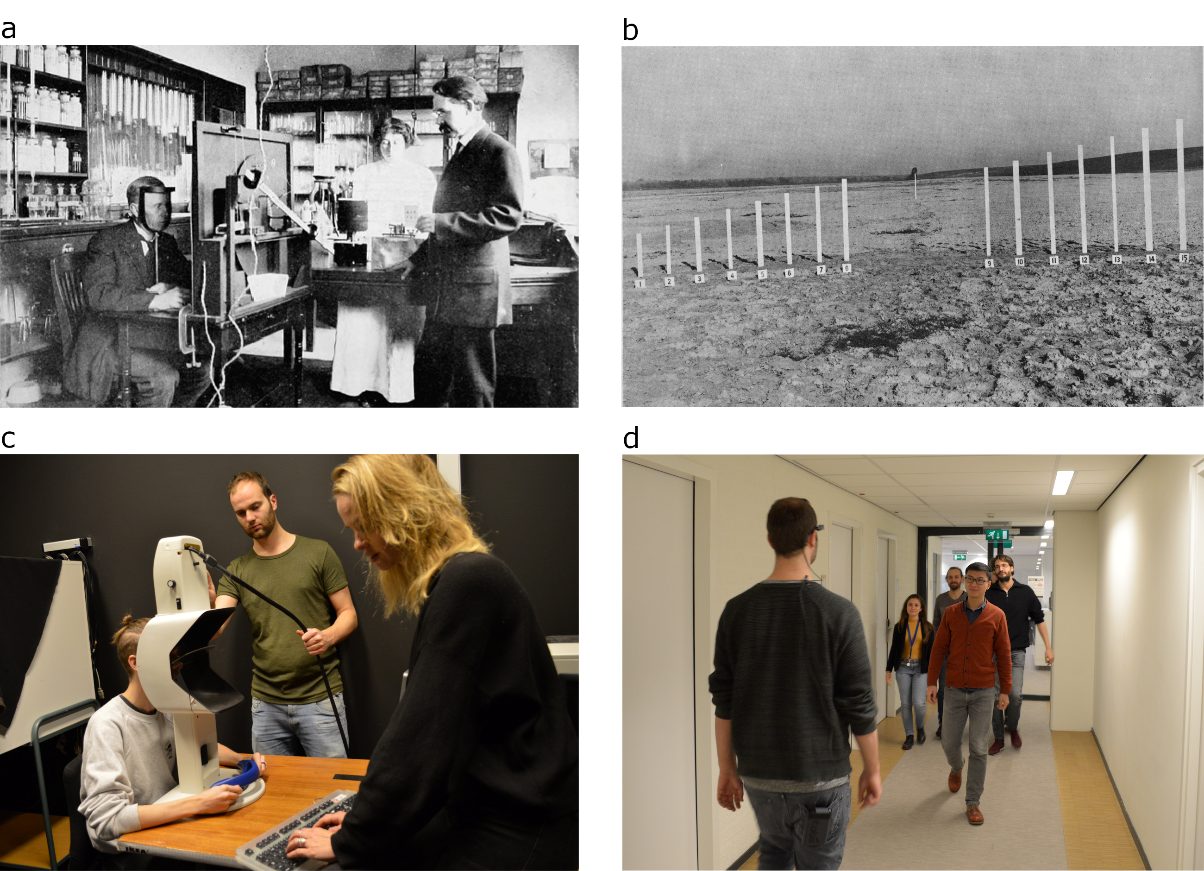 Figure 1 Examples of historical and contemporary laboratory rooms and field experiments. (a) A laboratory room from the early 20th century. A participant is seated in front a ‘disc tachistoscope’, an apparatus to display images (b) A picture of a field experiment on visual perception where observers had to judge the size of an object in the distance. (c) A 21st century eye tracking laboratory. A participant is seated in front of a SMI Hi-Speed tower-mounted eye tracker. (d) A wearable eye-tracker (barely visible) is used to measure gaze behaviour while navigating corridors with human crowds. Reprinted from Holleman, Hooge, Kemner & Hessels (2020).