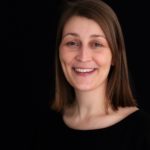 Ine Beyens has been appointed assistant professor in the Amsterdam School of Communication Research (ASCoR) at the University of Amsterdam.

Ine’s research focuses on the uses and effects of screen media among children and adolescents, and the role that parents play in shaping these effects. After completing her PhD at KU Leuven (Belgium) in 2015, Ine joined the Consortium on Individual Development as a postdoctoral researcher in the team of prof. Patti Valkenburg in the Center for Research on Children, Adolescents, and the Media at the University of Amsterdam. Together with prof. Patti Valkenburg, Ine has been collaborating on a project that investigates the effects of media entertainment on attention-deficit/hyperactivity disorder (ADHD), and individual differences in these effects. She examined whether certain types of screen media entertainment (e.g., violent TV shows and games) may influence children’s ADHD-related behaviors (attention problems, hyperactivity, impulsivity), and vice versa (Beyens, Piotrowksi, & Valkenburg) and which children are particularly susceptible to the effects of media entertainment on ADHD-related behaviours.

As an assistant professor working under the CID umbrella, Ine is setting up a project that aims to investigate the interplay between parental monitoring and self-monitoring of media use and its effects on behavioural control among adolescents. The project seeks to contribute to CID’s objective to investigate individual differences, by adopting a person-specific approach. Specifically, the project aims to understand individual differences in the development of adolescents’ self-monitoring of media use and how this may affect their development of behavioural control.